In Turkey, about 15% of the population is Kurdish. Erdogan government, which wants a large, united Turkish nation, is trying to stifle minorities. The Ilisu Dam, in Kurdish territory, has quickly become a tool of pressure against Kurdish.

Turkey has a huge territory at the junction of the Western and Oriental world. The conquests of the Ottoman Empire and the history of this region have multiplied the origins of people leaving there. There are more than a dozen minorities in Turkey, whose living conditions are difficult. The international press is talking about pogroms, genocides, and a host of restrictions. The local press, has no freedom of speech. Kurdish people, who count about 30 million, is the largest in the world with no own country. Distributed between Iran, Turkey, Iraq and Syria, its area of ​​legitimate habitat would be Kurdistan, designation otherwise prohibited in Turkey.

30 minutes from Batman, a working-class city in the south-east of Turkey, which is mostly Kurdish, is the village of Hasankeyf. This village and its surroundings have been inhabited for more than 12,000 years, the cliffs along the Tiger River have allowed the installation of troglodyte habitats and sedentarization. The place is majestic, drawn by streams where a wild world of caves and ancient ruins opens to visitors. But the Turkish government carries downstream on the Tiger River one of the largest dam in its country, with a capacity of 1,200 MW (the equivalent of a nuclear reactor). 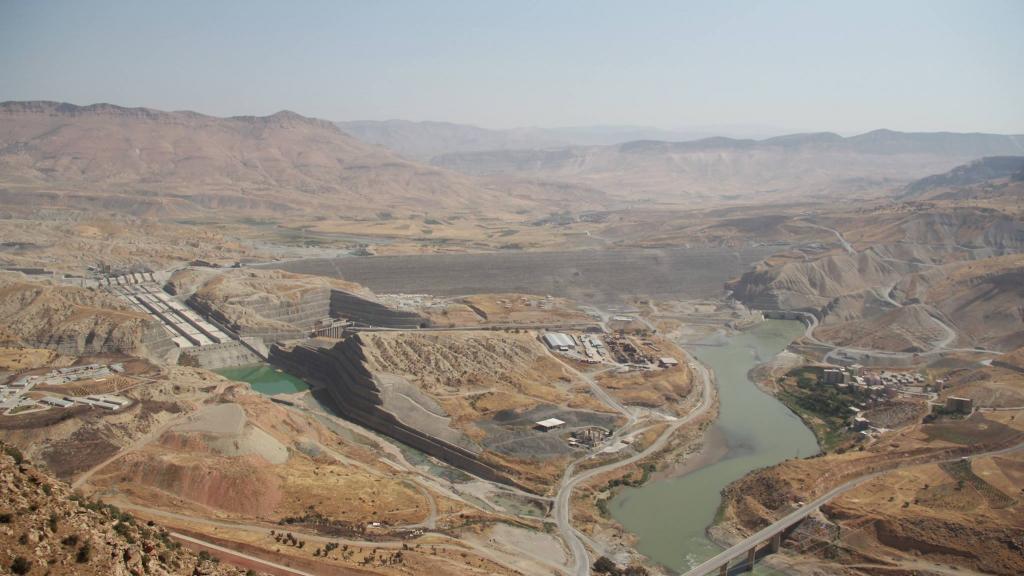 This region will be flooded by the artificial lake is part of the cradle of humanity. There are many known archaeological sites and others still unknown. This is notably the case of Hasankeyf, the very symbol of Turkish indifference to Kurdish heritage.

This millenary village alone includes 9 of the 10 criteria to be protected by UNESCO, with its thousands of troglodyte houses, the remains of a 12th century stone bridge, and two mosques of the fourteenth and fifteenth century. The place was even declared a natural conservation area in 1981.

The destruction of this village is experienced as an injustice by the inhabitants, who will lose the remains of their history for a dam whose life is announced for 50 years. This valley, which attracts millions of tourists each year, has become the scene of strong opposition from citizens, repressed by a government all but by right.

It was therefore at the water cannon that the authority cleared the place when the locals gathered in the streets of the village to express their opposition. Today the inhabitants of Hasankeyf feel humiliated, no longer dare to rise up against the totalitarianism of the regime and find themselves helpless in this country where the freedom of the press is denied.

The government has even been placed in custody and expelled European citizens mobilized in favor of the Kurdish cause. The solution proposed to the victims is to move two kilometers from their village in the new Hasankeyf, composed of concrete buildings without any charm. They will receive as compensation about half of what it will cost them to settle in the new village. These new inhabitants will have to find work, while many are currently living tourism that will probably no longer exist in this valley. 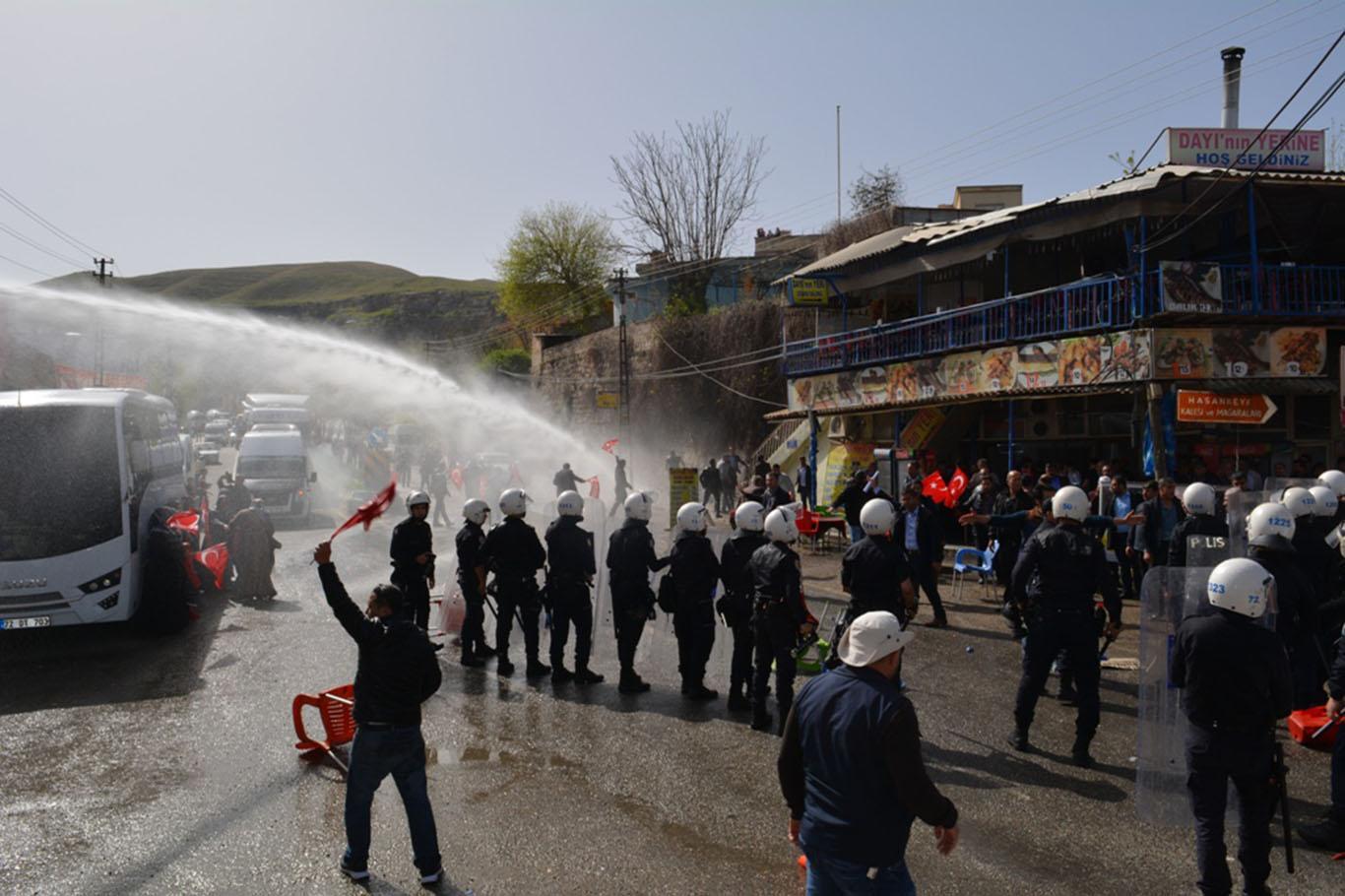 The dam is part of the vast Turkish project Güneydogu Anadolu Projesi (Southeast Anatolia Project) or GAP. GAP is a way for the government to boost Turkey’s South East employment basin and avoid migration to big cities. But this vast project causes a 70% reduction in the natural flow of the Euphrates and 50% of the flow of the Tiger. Arab countries that will be deprived of much of the flow of the river have therefore opposed its construction and signed together a request for cancellation of the project. Turkey is considered in the Middle East as the water tower of neighboring countries, the construction of several dams whose colossus Ilisu is a real threat to them.

The GAP therefore gives Ankara additional pressure on its neighbors.For their part, the European financiers initially involved in the dam project have finally withdrawn their capital from construction because of non-compliance with environmental standards. But Erdogan soon found new partners less concerned about the environment or their image, and increased the Turkish funds allocated to the project. 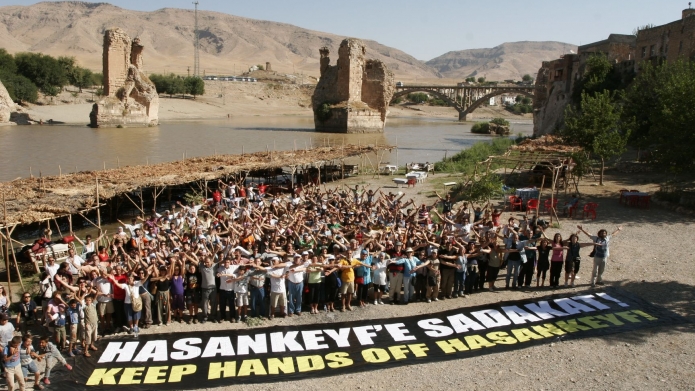 A project reflecting the current Turkish dynamic The Ilisu dam project is an example of how renewable energy can be used to pressure its neighbors and a minority to be crushed. Erdogan also recently sent his army to Syria to fight the Kurds who, with the support of Western forces fighting against Daesh, are starting to become too powerful for the taste of the Turkish government. He feared that this people, who still seeks his emancipation, then take his independence.

But Erdogan’s government raises opposition for more than one reason, including its major projects for Istanbul, as a highway destroying the forest around the city, yet the only lung for the Istanbulites, a gigantic airport while two already exist, or a new canal next to the Strait of Bosphorus. By provoking the opposition of citizens and politicians for several reasons, Ankara is self-contained and reinforces the repression, thus provoking its progressive radicalization.